Ya can't beat a quick fix sometimes! This one was a 5 minute one from start to finish, an easy one if you have an oscilloscope, trickier if working only with a logic probe. Was over at Borderstacey's place on the weekend and left with a metric shitload of boards, some loaners for troubleshooting boards I have on my to fix pile, some I had bought and some he asked me to see if I could fix. One of the last sort was a Cross Shooter from Taito..

..probably an original due to the odd HUGE custom SIPs on it. 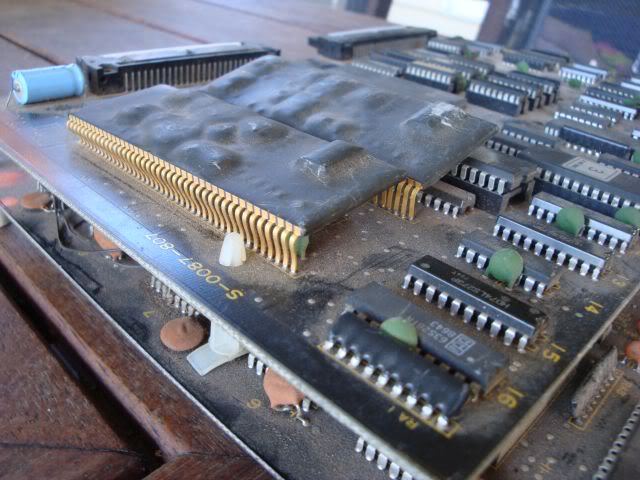 Simple fault was the board would boot and play but the sprites were corrupted. 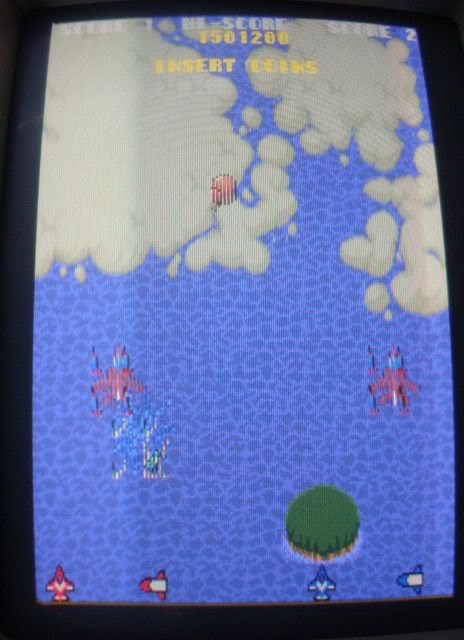 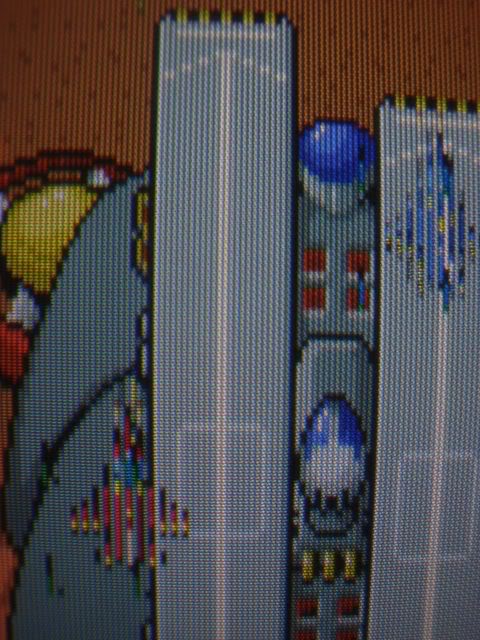 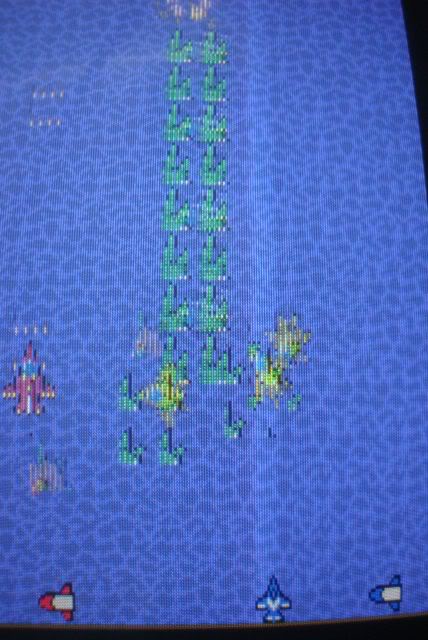 Powered it up and went straight for the batch of TMM314APL SRAM chips (2114 type) on the upper board as a logical place to start, sprite RAM on boards of this vintage is often multiple small bit width chips like these.

The upper two in the set were being driven much harder than the others and seemed to be involved with sprite positioning as interrupting the address lines moved everything around the screen. The other 4 were the sprite data itself, and judging by the fault one of the data lines was putting out rubbish, 2114s are only 4 bit wide chips so they only have 4 data lines per chip, 3 of the 4 chips had healthy looking data lines... 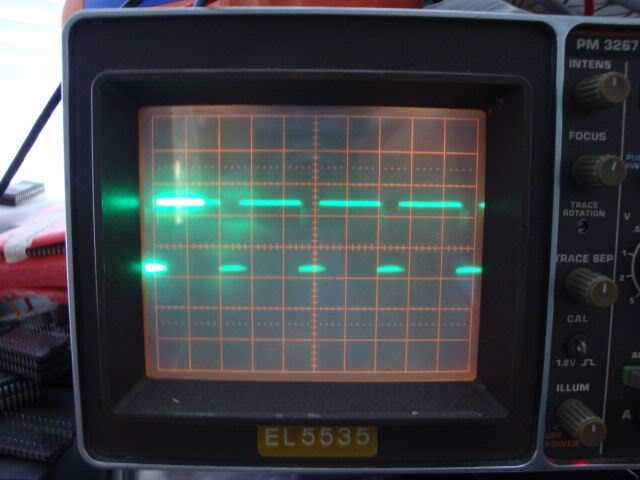 ...but one only had 3 good looking lines and one that had clearly lost its ability to drive the line, the data pulses are about 1.0v high - not good! 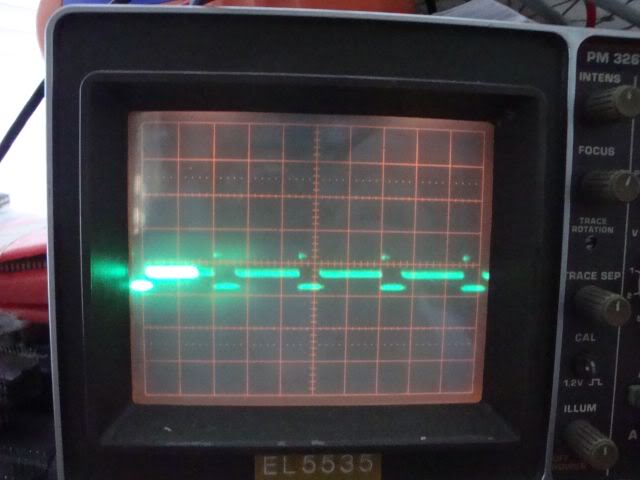 I happen to have a tube of 2114s floating around my stock, and even a few TMM314s, so I pulled the suspect chip, dropped in a good one and bingo - fault fixed. 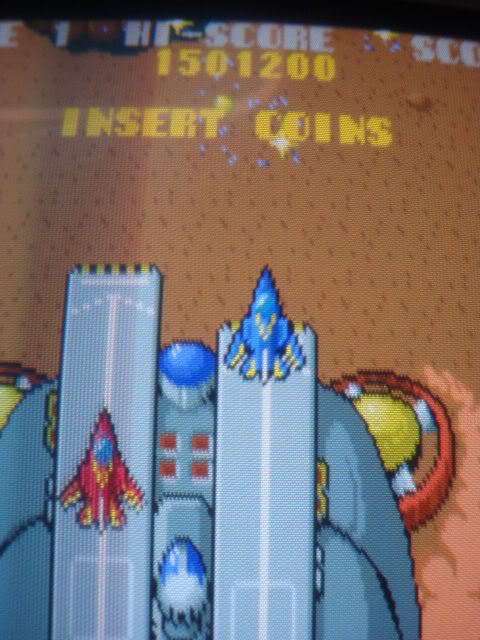 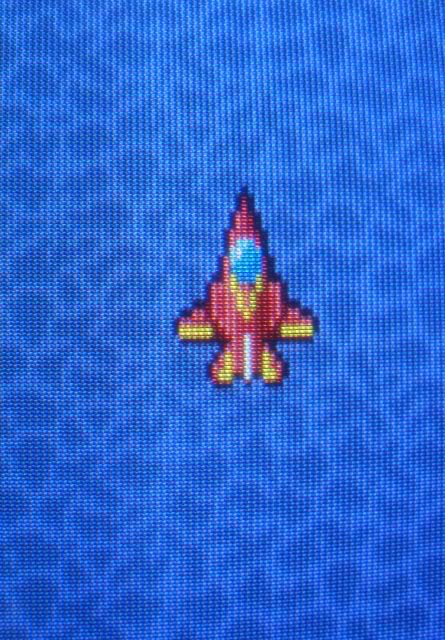 The new chip is the bottom left one in the photo above, it has a different batch number to the rest and is somewhat cleaner.

Now it was possible that the fault was cured by my removing and reseating the chip, unlikely but possible, so I put the old chip back in to test, and the fault came back, so I binned it!