Bought a heap of boards last year from bumper. What really caught my eye was some Atari vector games in particular Asteroids and Asteroids Deluxe. I wanted a spare AD for my machine and gave the Asteroids to Stuba

Anyhoo been fixing a few boards this week so I FINALLY got around to doing this one.

Before you start on any old Atari game of this era ALWAYS replace the sockets for the CPU and Roms. I've learnt the hard way if you want these boards to be reliable you've got to do it. Its a good idea to put the 2114 rams @ L1 and M1 and the 82s129 tri state prom @ C8. As a rule of thumb I also socket the 74ls42 @ L5. This is so we can pull pin 1 out of circuit to disable the DMAGO which is handy isolating MPU and VSM (Vector State Machine) problems.

Ok 1st issue. No clock Fix. Crystal was broken off board and Bad 74ls14 @ B5. Common problems with these boards is they mount the crystal vertically and more times than not get damaged during storage or inserting the game board.

General issues while going over the board. I found 2 broken traces both of which I'm positive were cause from the previous person who "Tried" to repair this board. 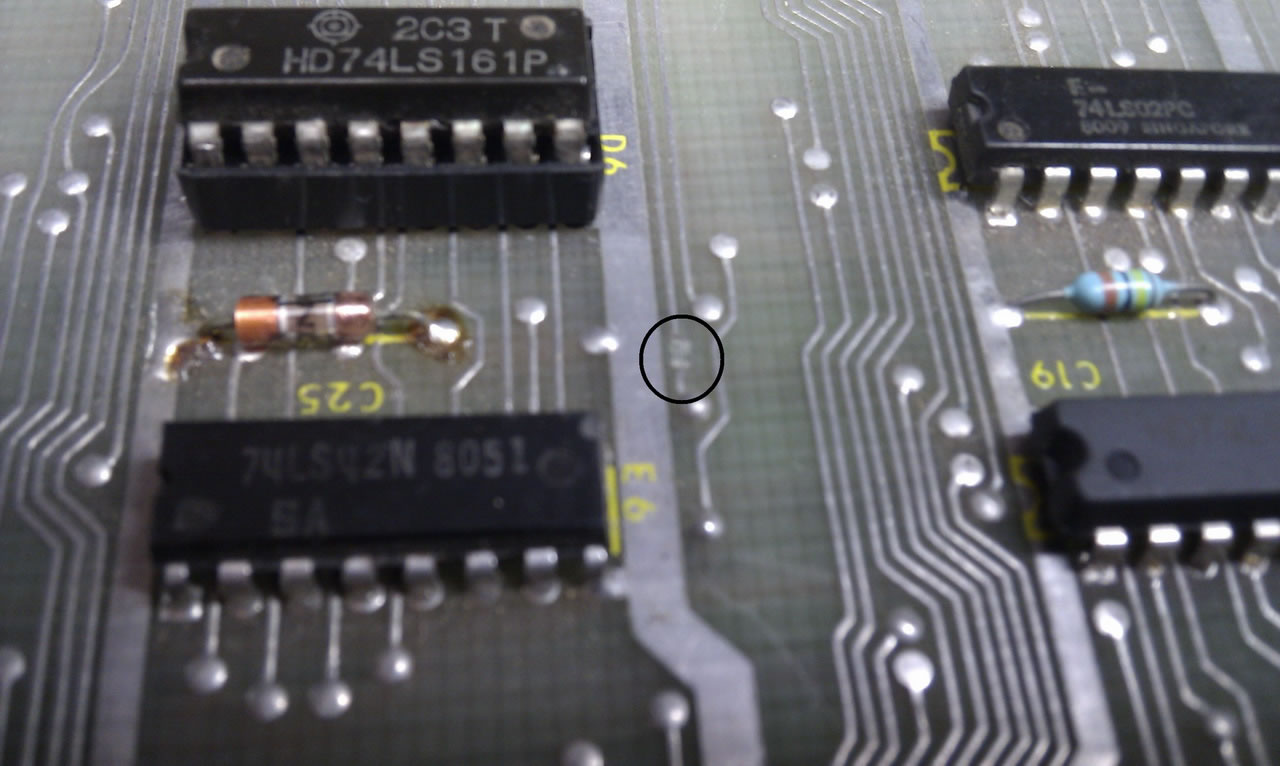 To repair I just jumped it on the back side of the pcb. 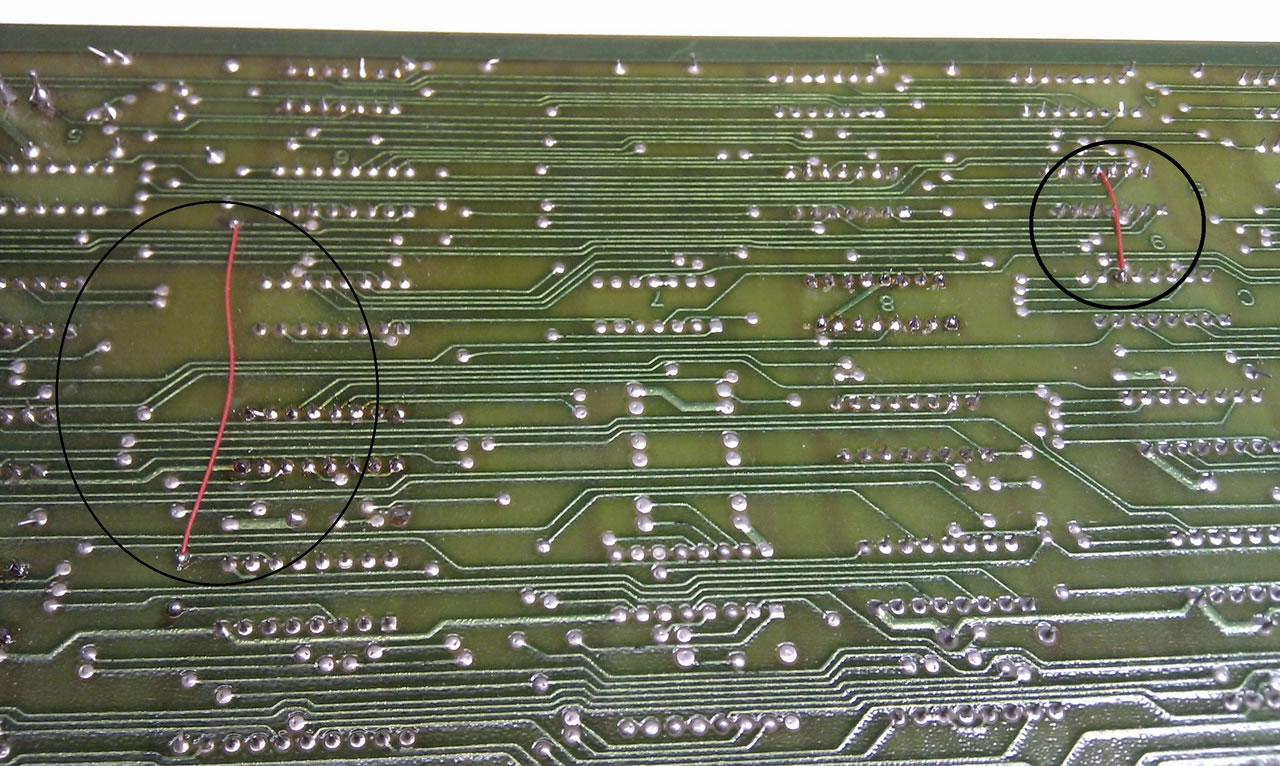 At this point the board is powering up but is in a reset loop every second. I removed pin 1 of the 7442 @ L5 (DMAGO) to test the MPU section and all was go so next step is to poke around the state machine circuit.

Fix: Problem turned out to be a faulty 74ls161 @ D6 (Vector Timer) outputs at pins 11,12,13 and 14 were dead and pin 15 (STOP) was stuck high. STOP needs to be low so the state machine can advance so the next vector can be drawn. Replaced the IC and the board fired right up.

Pic of the culprit IC's which have been replaced. 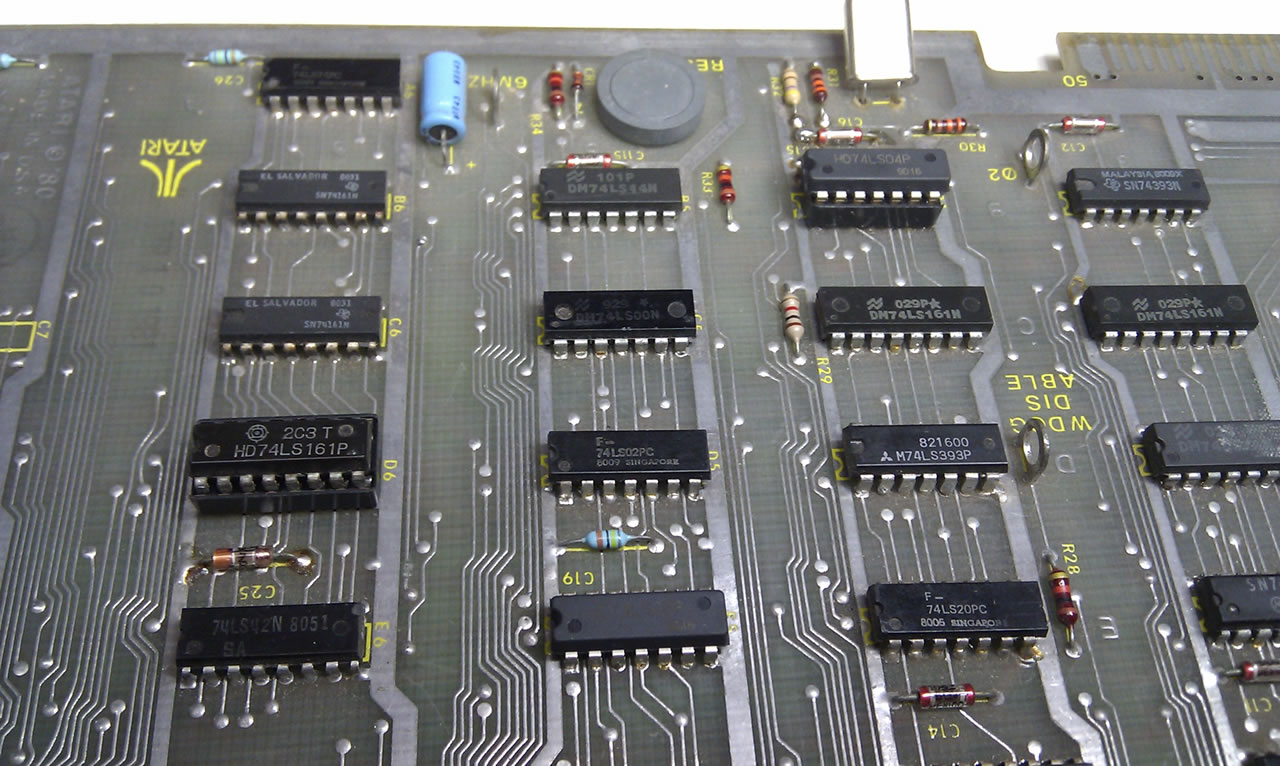 I try to use Hitachi branded IC's where ever possible. They have proven to be one of the most robust manufacturers I've come across.

I put the board in my machine and she worked! amazing not a single graphics glitch. After starting a game however there was a single problem with the sound. 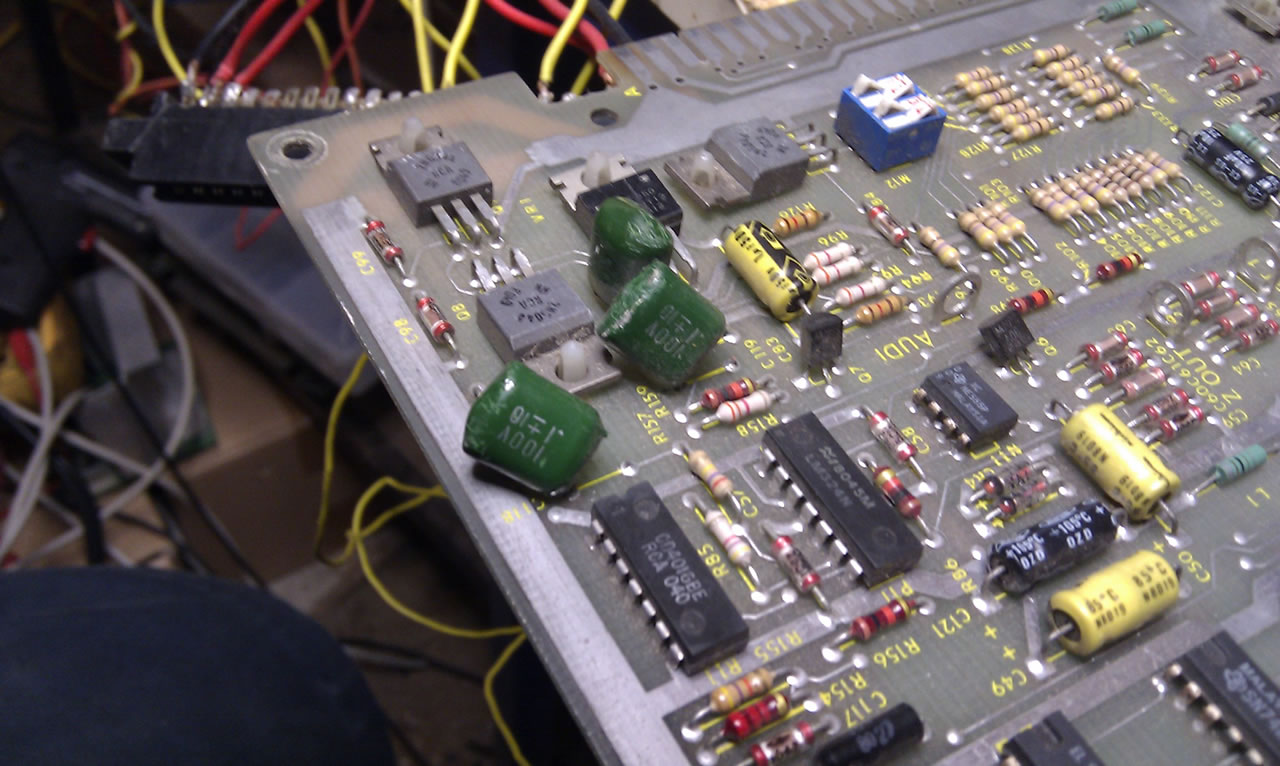 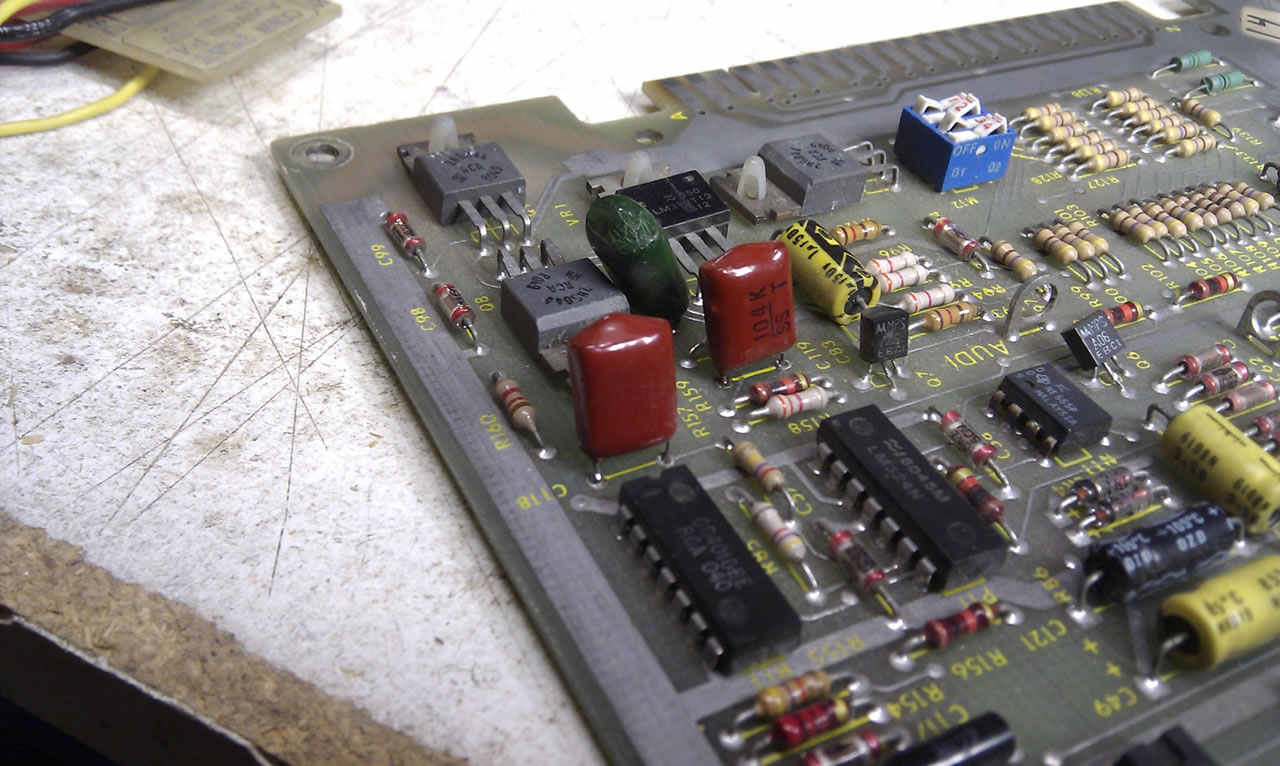 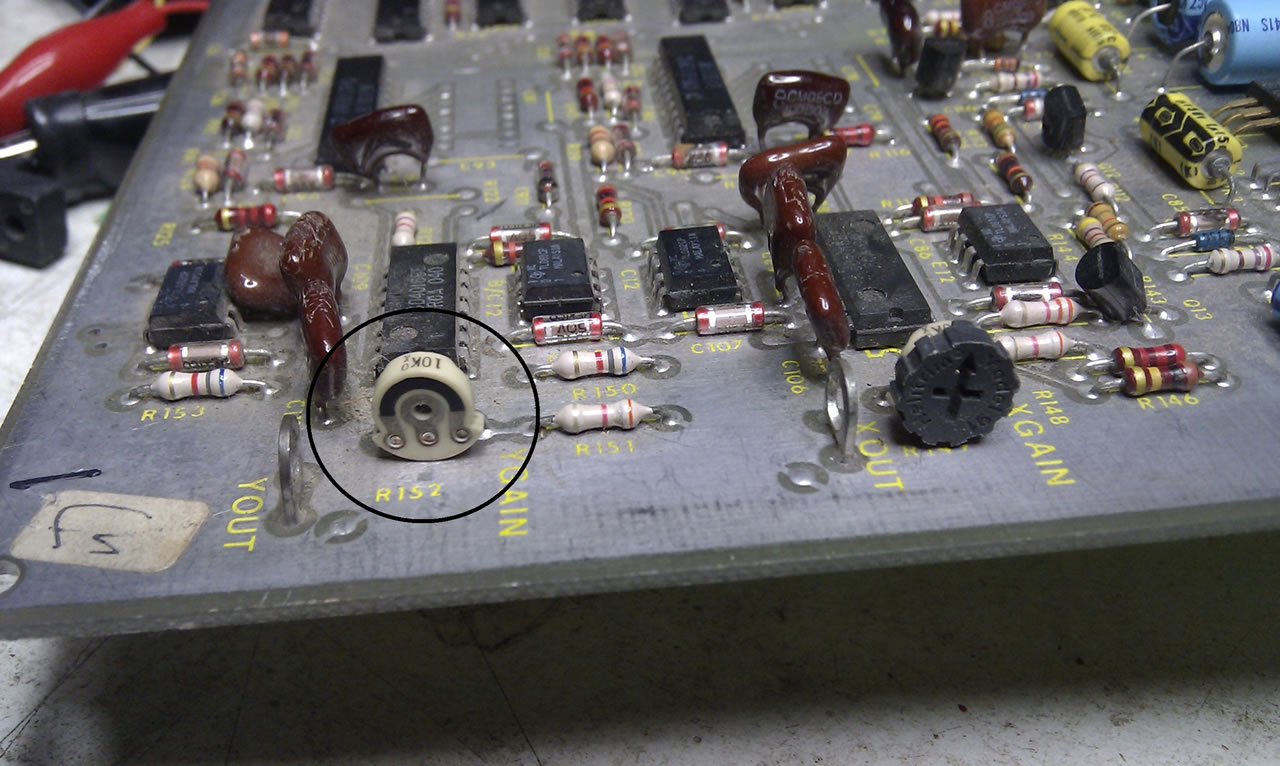 This is the backyarder fix Found a 10k sound pot off a DKJ PCB. 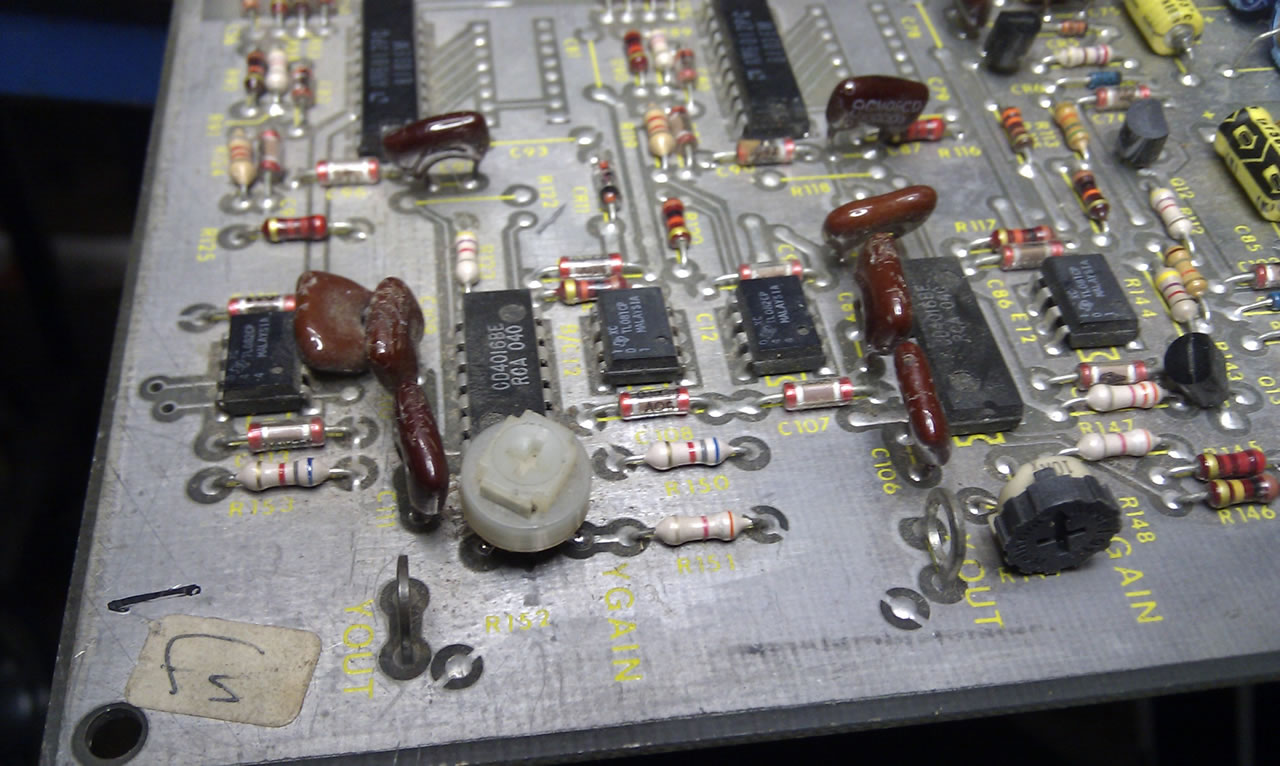 Always remember if it don't fit make it fit 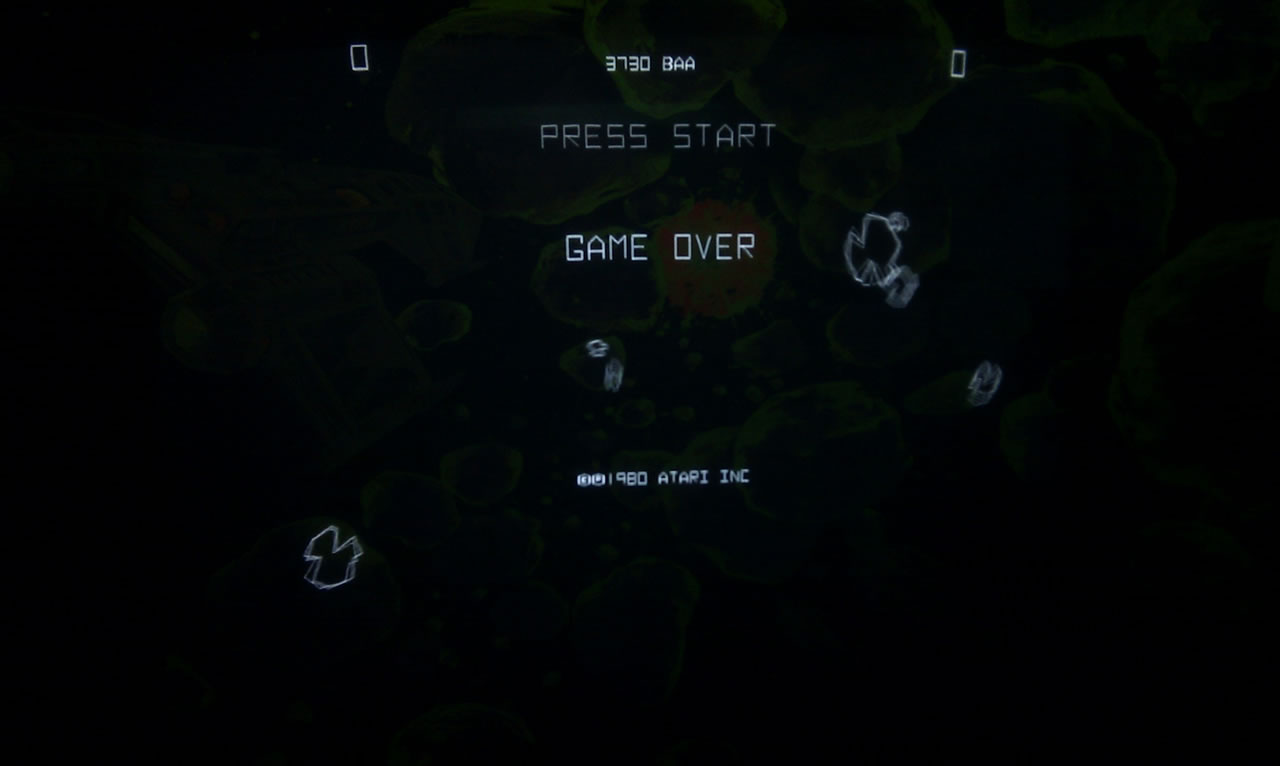