Bought this off ebay with Trojan (both faulty). Has had a very common mod ive seen where wires have been soldered from the RGB plug to the edge connector so I was able to plug my dig dug harness straight in(which had the same mod done). Initially it wouldn't boot so I took all the customs out with their black legs and using John's "Magic Pen" he sent up to me cleaned them all off in a jiffy (cheers mate ), board then fired up.


Notes: The Prof gave me a Bosconian a while back but it was missing customs so I never bothered with it. One chip on this new PCB had a leg repair done that caught my eye. What they have done is ground back the top to expose the metal of what was left of that pin and soldering another leg on. I decided to try this with the Speech chip 50XX on Profs pcb. Worked a treat. I decided to put that chip on the working board so if it dies Ive got another spare. 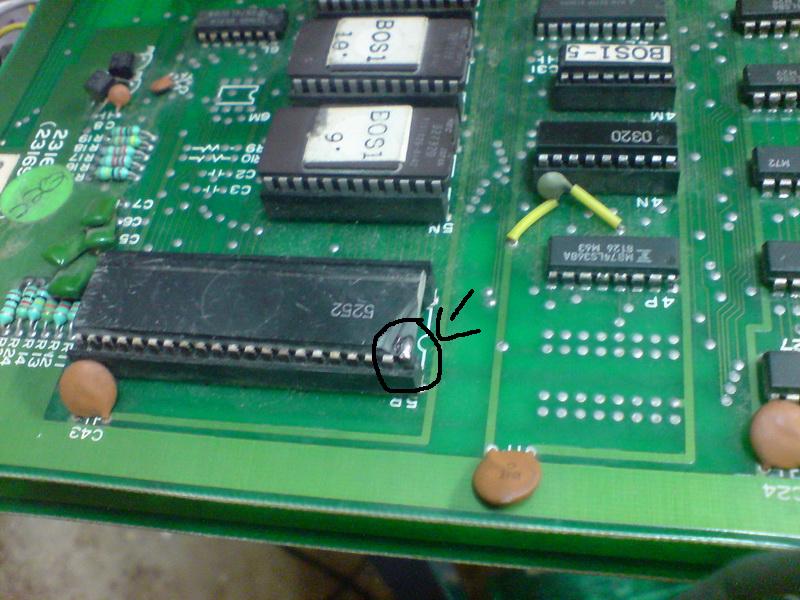