I got this stack of 8-9 "untested" boards cheap about 2 years ago. The defects (4 of them, it was) have just been stashed away in a box ever since my first test of them. One of them was a bootleg Ginga Ninkyouden; a pretty frakked up beat'em'up by Jaleco. 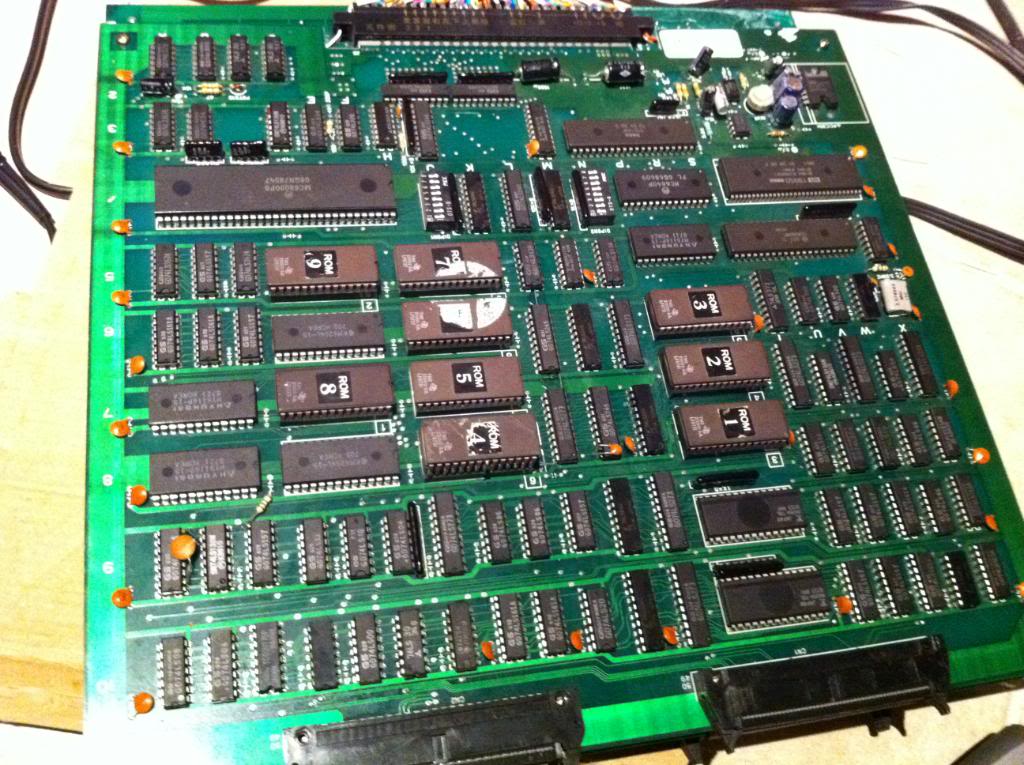 A main and a secondary board connected with ribbons.

The backgrounds, text, sounds, controls and gameplay was good, but all the sprites were messed up. It looked like the sprite-parts displayed fine, but in the wrong place.

Easy to see here in attract mode, where we have a line-up of most of the baddies starring in the game. 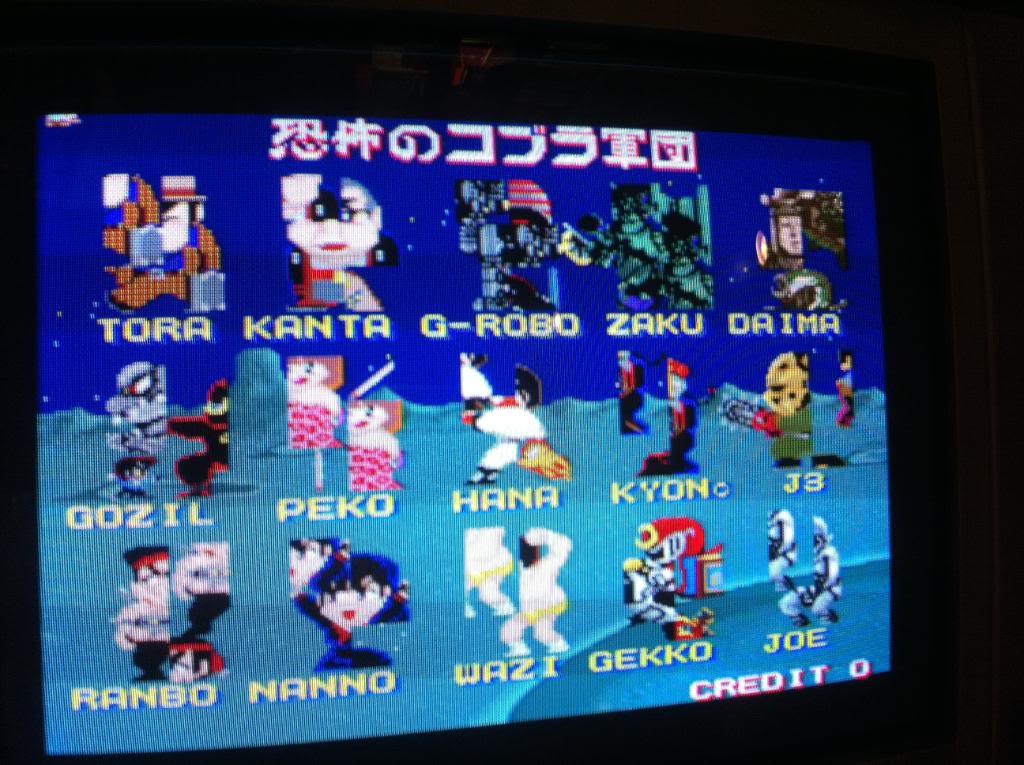 Also right upon start-up the message "RAM ERROR" was displayed very shortly (not easy to catch).

Okay, so started with the RAMs on the secondary board, as this is usually this one that handles graphics. Started by shortening adjacent address and data pins on the different RAMs observing the screen. That way I found RAMs used for colour, backgrounds, and texts, but no sprites. Well it turned out, that the sprite RAMs were on the main board after all.

After having read GameDudes repair log on G'n'G over at Aussie (http://www.aussiearcade.com.au/showt...host-n-Goblins) that also had misplaced sprites, I started poking the 273s on the main board. Soon I found, that the one at V7 had both pin 12 and 13 stuck at high, while all the other in- and output were very active when there was sprites on screen. As both in- and output were stuck, I began to trace what was happening upstream and found the output of a 244 at N8, aaaand BINGO! Found rot around the corresponding input pin. 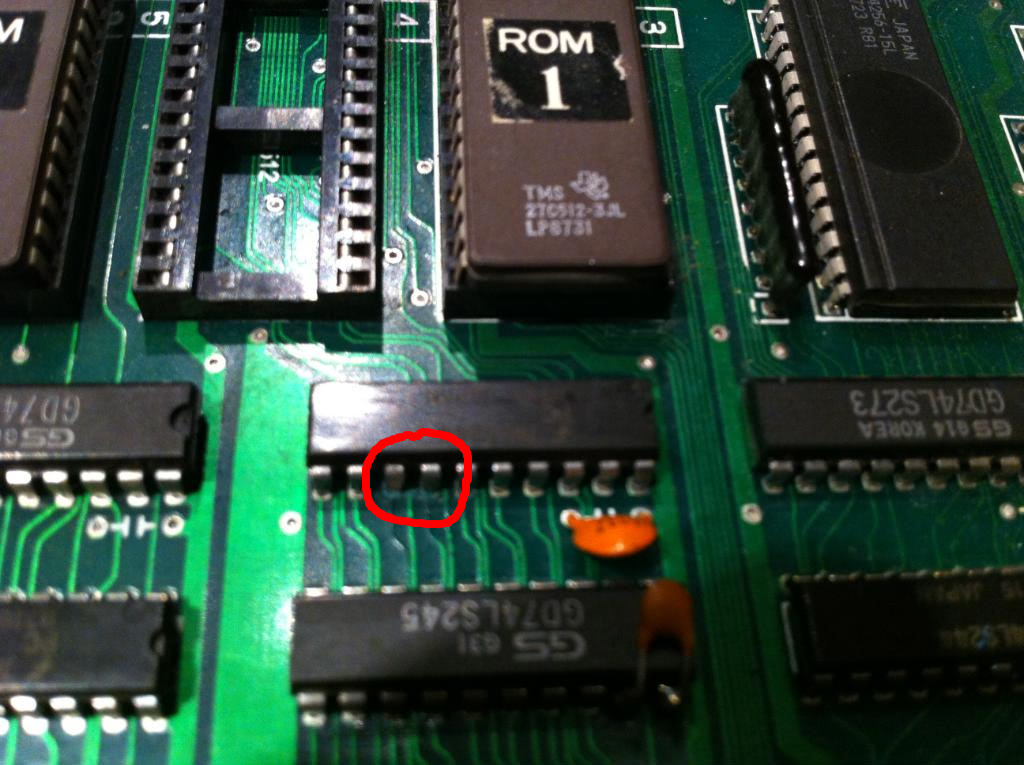 (At this point, my hands were shakey and my palms moist, had I found my first REAL arcade hardware bug?) By beeping, I found, that all the remaining inputs were tied to a an in-/output on the 245 just next to it at M8. Only one was not (the plot thickens, MUAHAHAHA!). Tried to connect the two pins by just poking a piece of wire at both, and viola: All sprites back to normal! 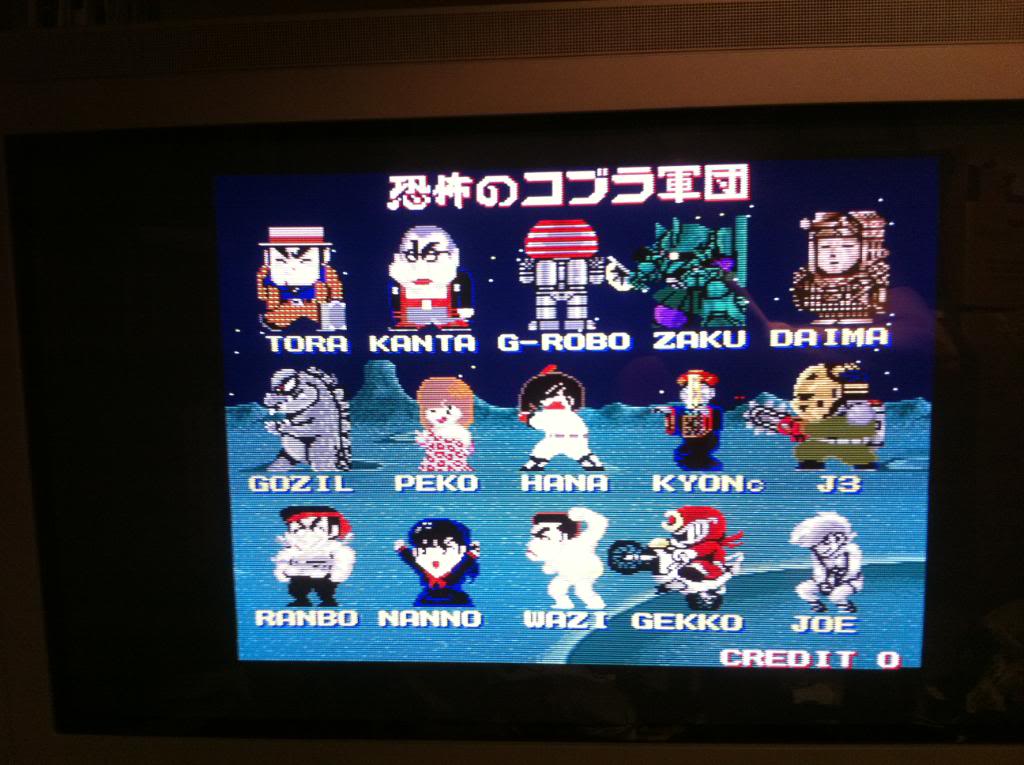 Fired up the soldering iron and made a hook-up on the solderside, as this side is inside the sandwich when the two boards are combined with legs. 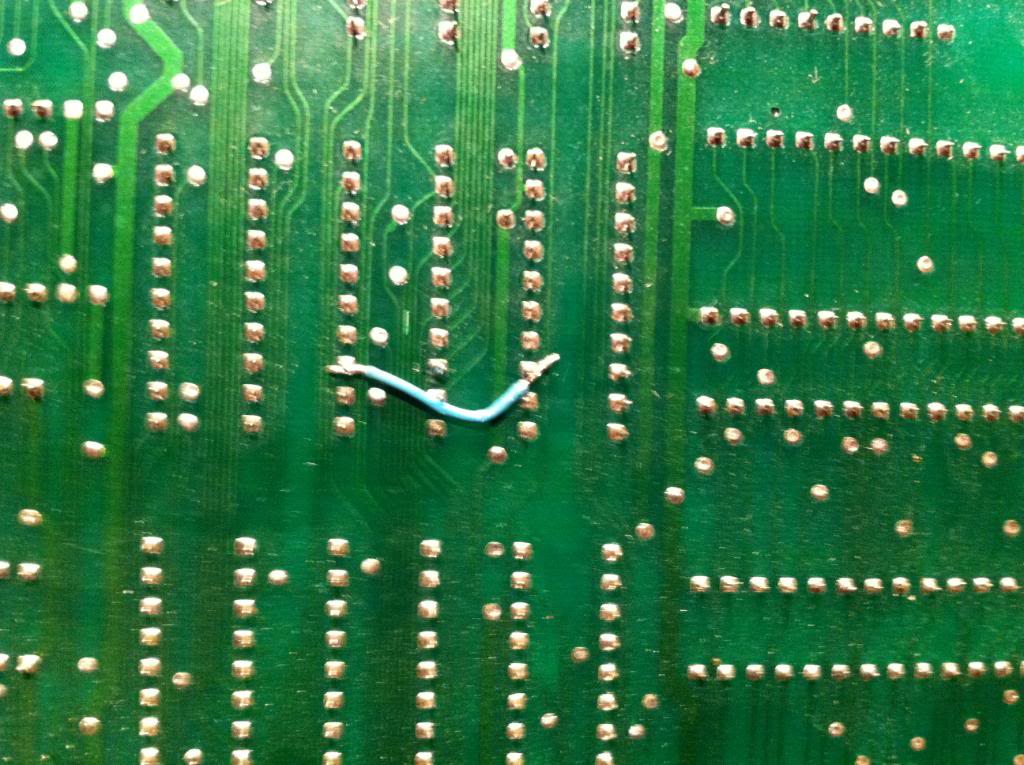 Now the games works perfectly. I still get the "RAM ERROR" message at start-up tho, but as the game seems to be working, I don't quite know what to make of that?!